The amount of insoluble matter present in drinking water is an essential quality indicator. Silt, sand, bacteria, spores, and chemical precipitates all contribute to the cloudiness or turbidity of water. Drinking water, which is highly turbid, can be unpalatable and unsafe. Consumption of even low concentrations of certain bacteria and other microorganisms can cause serious health effects. Consequently, an accurate and sensitive measurement of turbidity is vital for ensuring that drinking water is free of these contaminants.
Public health and safety organizations throughout the world have recognized the importance of measuring drinking water quality through turbidity. The EU Drinking Water Directive identifies turbidity as one of the nine fixed monitoring parameters which must be measured for all water intended for human consumption. The US EPA requires turbidity monitoring for all produced drinking waters. The WHO recommends monitoring turbidity frequently and at multiple points throughout the treatment process. While regulatory limits vary across national borders, there is widespread agreement that reliable turbidity monitoring is an essential component of drinking water production.
Turbidity can be measured with online, benchtop, or field instrumentation. Online measurement allows drinking water producers to constantly monitor their operations, ensuring that production is functioning properly. Laboratory benchtop instruments are frequently used for regulatory reporting purposes, and to verify process instrument results. Both instrument platforms should produce the same accurate results. In addition, the optimal process turbidity measurement should be fast. Fast response ensures a prompt re- sponse to potential filter breakthrough and other turbidity events.

Hach® has developed a new turbidity technology to address these requirements. The TU5000 series turbidimeters utilize a 360° x 90° measurement system (see Figure 1) to provide the fastest and most accurate turbidimetric measurements possible. Rather than measuring a single 90° light beam reflection, the new turbidimeters collect an array of 90° measurements from 360° around the sample cell. Collecting the reflected light in the full circle allows significantly increase signal-to-noise (S/N) ratio that lays the foundation for better precision of the turbidity measurement, especially at the low end of the measurement range.
At the same time, the TU5 series turbidimeters employ a small 10 mL measurement cell. This small cell reduces sample residence time for process analyzers. Lower residence time leads to a significant decrease in event detection time which eliminates minutes of delayed response time. The measurement systems are the same for both the process and laboratory instruments. This design maximizes matching between the two instruments. Both process and laboratory turbidimeters also incorporate an optional RFID system to facilitate reliable sample tracking and data comparison.

The TU5400 process turbidimeter was tested against the extremely sensitive FT660 laser nephelometer to measure the response time of both instruments to a turbidity spike as might be seen during a filter breakthrough event. The chart in Figure 2 illustrates the performance of these two process turbidimeters in this application.
An extremely accurate amount of Formazin standard was spiked into filter effluent stream, which was fed to both instruments. Flow rates to both instruments were tightly controlled. The data logging intervals were set to 5 s.
The TU5400 reached maximum peak height within 28 s, and the FT660 gradually reached maximum peak height after 7:12 min. After each spike TU5400 also returned to baseline much quicker. The vastly minimized response time, 15 times faster, allows operators to respond to turbidity events such as filter breakthrough much earlier.

Multiple TU5400 and TU5300 process turbidimeters and TU5200 laboratory turbidimeters were installed and tested at five drinking water plants in France, Germany, and the UK. Each plant used the new instruments to monitor turbidity in post-filtration finished drinking water. Online measurements were taken simultaneously with the TU5400 or TU5300 and the analyzer presently in use at each site. Grab samples were measured with the TU5200. Calibrations were conducted with 20 and 600 NTU standards. Cells were cleaned manually with a special cleaning brush.
Testing was conducted to evaluate the ability of the new instruments to address several of the known areas for improvement attendant with turbidity measurement. Specifically, the tests were designed to assess matching between process and laboratory measurements, speed of response, and maintenance time. The process and laboratory instruments also utilize an RFID sample identification system. This system and the associated data comparison software were also appraised.
Figure 3 shows a typical TU5400 installation. The TU5400 analyzer was installed in line with an existing Hach ULTRATURB plus sc. Flow to the TU5400 was controlled with the instrument flow regulator, and monitored with an integrated flow sensor. The instrument was screw mounted to the instrument panel. Similar installations were made in each plant. The TU5400 was controlled with either an SC200 or SC1000 controller. The TU5200 was operated on the laboratory bench. Figure 4 shows the representative footprint of the benchtop instrument.
A comparison of process instruments illustrates excellent agreement between the existing turbidimeter and the TU5400. Figure 5 shows a monthly data trend for the TU5400 and a Hach 1720E turbidimeter. Turbidity events tracked exactly between the process instruments. Differences between process turbidity values were within the accuracy specifications of both instruments.
A comparison of TU5400 process data to TU5200 grab sample data also demonstrated excellent matching. Figure 6 shows periodic grab sample data against the process data trend. The values matched at the baseline and during turbidity events.
The comparison of process to lab data was facilitated by the sample RFID system. A sample RFID tag was scanned at both instruments—at the TU54000 where the sample was obtained, and then at the TU5200 benchtop unit. The process value was automatically uploaded to the laboratory instrument, and after the lab measurement, the values were compared within the TU5200 software. Data logs were generated with each measurement, enabling easy quality control monitoring. The data comparison tool indicated whether values matched, and suggested cleaning when the cell was dirty. Cleaning was accomplished with a simple brush. 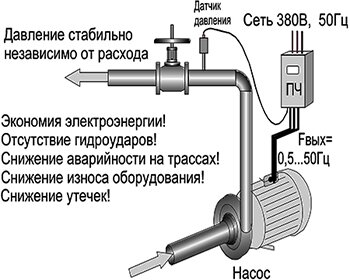 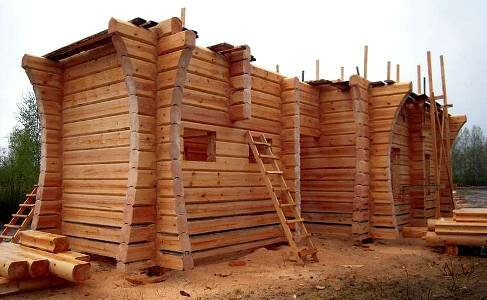